Home › Blog › Forager – How To Solve ALL Puzzles

Forager – How To Solve ALL Puzzles

How to solve all the puzzles on Forager

As you purchase new lands, you will discover puzzles that reward you with a chest containing important items. I’ve seen people asking how to solve them and so below I’ll leave a list with all the solutions. Two puzzles are particularly challenging: the Ancient Galaxy and Fire Galaxy, both of which are solved below. Do not read further if you wish to solve the puzzles by yourself. 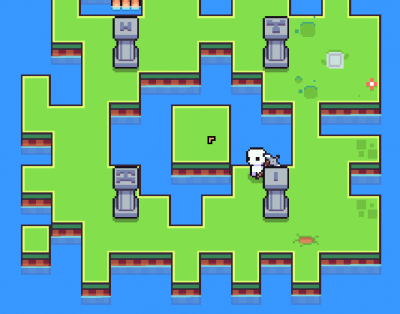 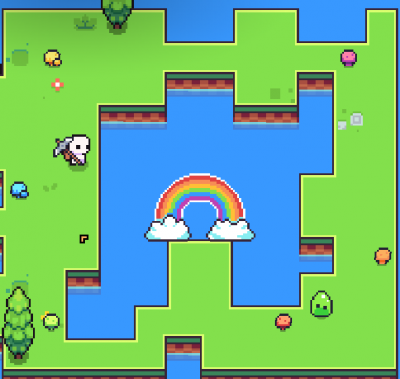 This puzzle is solved with hitting the little colored mushrooms around it. You have to match the rainbow’s colors starting from the top. First goes the red mushroom, then orange, yellow, green, blue and purple.

You need to move the electric blocks nearby the batteries to create a pattern; said pattern can be found right outside the Ancient Galaxy:

You need to power up the squares missing from the pattern.

To solve this puzzle simply shoot an arrow with your bow at the eye.

You’ll need a Sword to solve this puzzle. To get a Sword, you need to learn the Combat skill and craft one at the Forge. Once you have your Sword, wait until night time and hit the obelisk with the sword.

You’ll need a Shovel for this puzzle and the Farming skill to unlock them. Once you have your Shovel, read the sign again, it tells you what you need to know. Dig the spot with no flowers, on the top-right side in the case of my screenshot and dig up the 4 tiles to reveal a chest.

You’ll need any lightning element effect to solve this puzzle. You can obtain the Thunder Rod by completing the Ancient Tomb dungeon, use a thunderstrike potion, or even hiding behind it so it gets shocked by the beam from a laser eye enemy if one happens to actually spawn within range of the pillar. (tested on v4.1.6)

Light up the four braziers with a fire weapon such as the bow or the Pickaxe.

Insert a gem on each pedestal with the corresponding color, as shown in the image above.

Once you go inside the building, you will 4 pedestals, each with a sign that gives you clues on what items to place. Meaning you’re gonna need 4 items: Bottled Water for the left pedestal, you can craft Bottles at the Forge and use a bottle on the water to collect it. A Key for the top pedestal, Paper which crafted at the Inscription Table for the right pedestal and a Fish for the bottom one.

You’ll need a Cinderbloom for this puzzle, which can be found on the Fire Biome lands. Interact with the stone princess and place the Cinderbloom to reveal a chest.

When you come upon a frozen chest, all you have to do is attack it with a fire weapon, be it the sword, bow or pickaxe.

To solve this puzzle you need to take notes of every code you see carved on the ground on all the different lands.

Take a look at The Battery puzzle above and you’ll see a screenshot of the Land with the puzzle and some numbers carved on the ground on the bottom-right side. There are a few Lands that have these carvings as well. The screenshot shows the numbers “3, 7, 2” and has 9 empty spaces. This means the switch on the top right would be the third switch you need to press, the one below is the seventh switch and the last one is the second switch.

The numbers on the island where the switches are, show the order of the three switches at the bottom. The code is:

Use a Bottled Water or an ice weapon to put down the fire.

This puzzle involves pressing down switches that will activate or deactivate the switches adjacent to it, the goal is to light them all off. If you want just a clue before you see the solution, the best way to go about is from the top-left to the bottom-right. If you want the solution, look at the image below: